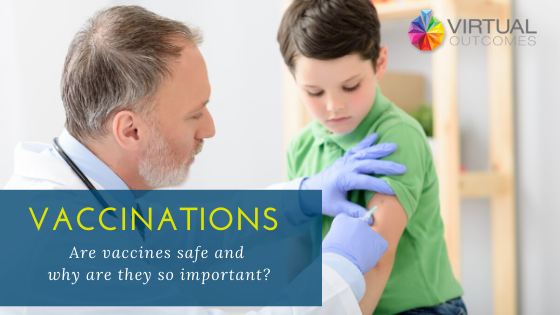 Vaccines have been around long enough now to validate their undeniable benefits to the world’s population. Vaccination remains one of the most effective ways to prevent and protect against more than 25 debilitating diseases. These include measles, polio, mumps, hepatitis A and B, rubella, diphtheria, meningitis, influenza and cervical cancer among others.

Understanding vaccines comes down to educating everyone about what goes into developing a vaccine, how it works and why it’s so important. In this article, we touch on some of the most important aspects to help pharmacists and their teams provide better information to customers and patients.

Why Are Vaccines Important?

Infectious diseases were the leading cause of death and disability across the world until the twentieth century. Vaccines have played a pivotal role in significantly reducing infections from the most dangerous diseases with some being wiped out completely. However, infectious diseases still are a major cause of concern in much of the developing world.

Diseases like smallpox and tetanus that killed or disabled millions of people have now been completed eradicated (small pox) or  are extremely rare (tetanus). To give an idea of how severe smallpox was, it claimed the lives of 300 million people during he 20th century alone.

Polio, a virus that spreads between people infecting the spinal cord, causing paralysis, is well on the way to being eradicated as well. Other diseases like measles and diphtheria have been reduced by up to 99.9% since introducing the relevant vaccines. 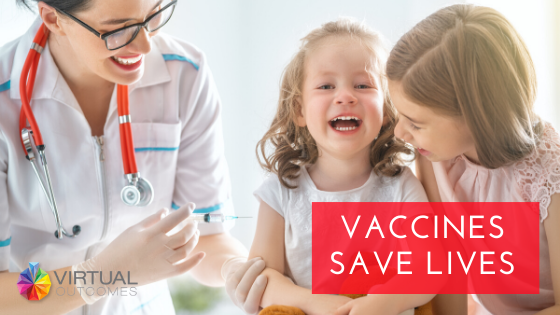 Vaccines help the body’s immune system recognise and fight pathogens, such as viruses or bacteria. Contrary to what some may believe, vaccinations are based on real scientific research studies, development and trials. It’s not a game, nor does it belong to the long list of conspiracy theories. Have a look at this overview of do’s and don’ts.

What vaccines don’t do

Vaccines also don’t contain any ingredients that may cause harm in such small amounts. However, consult your doctor if you have any known allergies to eggs or gelatine.

What Ingredients Go Into Vaccines?

Besides antigens (vaccines made from viruses or bacteria), vaccine ingredients include adjuvants, antibiotics, preservatives and stabilisers. Adjuvants are added to enhance the immune system response while antibiotics prevent contamination during the manufacturing process.

To put any wary minds at ease, each vaccine only contains a few micrograms of active ingredients, which is millionths of a gram. So what does all of this mean?

Some vaccines contain bacteria or viruses but they will either be severely weakened (attenuated) or killed altogether (inactivated). Many vaccines have parts of viruses or bacteria, which is usually proteins or sugars from the surface. While these stimulate the immune system, they cannot cause disease.

The amount of active ingredient in a vaccine is minuscule compared to the number of viruses and bacteria our bodies have to contend with daily. There are an estimated 100 trillion living bacteria on the skin of an average person, each of them containing thousands of proteins which constantly challenge our immune systems.

Over the years the number of anti-vaccination groups has grown with most of them spreading online through social media. More often than not, these anti-vaxxers make claims which may not be based on scientific evidence.

While they have the right to voice their opinions, without using real data, these movements put people’s lives at risk by making them more susceptible to serious illnesses. The major concern over anti-vaxxers is that these highly infectious and dangerous diseases could easily return and spread if people stop having vaccines. This brings us to the next section as we look at herd immunity. 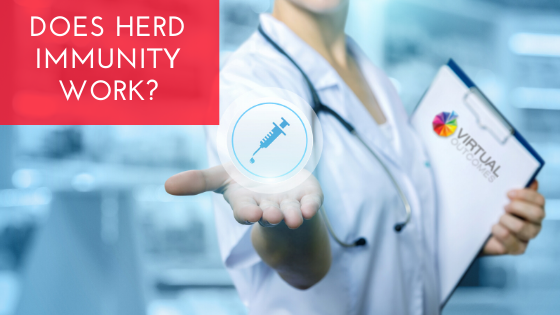 Herd immunity can be described as a form of indirect protection from infectious diseases when a large percentage of a population group has become immune to a specific infection. This can be either through vaccination or previous infections. In theory, herd immunity provides some sort of protection for individuals who are not immune.

If enough people get vaccinated, the disease won’t spread too easily to those who cannot have vaccines, like people who are ill or have a weakened immune system. However, herd immunity does not protect against all diseases preventable through vaccines.

Tetanus, for example, doesn’t spread between people but is contracted from bacteria in the environment. It doesn’t matter how many people in the community are vaccinated against tetanus, herd immunity will not protect you.

Is Herd Immunity A Viable Alternative?

If you live in an area with low vaccine coverage and you choose not to vaccinate your child, it is highly likely that many people they come into contact with have also not been vaccinated. It only takes one person to contract an infectious disease, like measles, to spread it among the unvaccinated people within the community. This was the case in Wales during the 2013 measles outbreak.

Covid-19 And The R-Number In The UK

The R-number for Covid-19 has fluctuated since the initial outbreak, starting at around 3 to 4. Mainly thanks to social distancing, travel restrictions and the lockdown, that number is now between 0.7 and 1.0. in the UK.

Diseases that have very high R-values – for instance measles, which can have a R number between 12 and 18 in populations without immunity  can result in explosive infections.To put Covid-19 into context the seasonal flu R number is roughly 1.3. However R in the case of both measles and seasonal flu is actually much lower as there are vaccines available.

Related: ‘How R Is Estimated’

According to the World Health Organisation, most children receive their vaccinations on time but nearly 20 million worldwide don’t. This will put them at risk of contracting serious diseases, disability, ill-health and even death.

As new diseases or strains of existing pathogens appear, new vaccines will be developed. They will provide us with protection against more diseases, much like Covid-19 which presents a whole different challenge altogether.

As always, VirtualOutcomes is here to support you and your team with online training modules and have recently produced a course on vaccines which explains not only how they work but also looks at the various different types available. VirtualOutcomes also has a  large library of courses including courses on diabetes, sepsis, strokes, asthma attacks and our coveted Health Champion Training. Visit our website for more information and follow our blog for all the latest updates.